Raven Kaliana works as a visiting lecturer, presenting her puppet films for university courses such as social work, counselling, dramatherapy, play therapy, applied theatre, filmmaking, scenography, women’s studies, sociology. Presentations begin with a short introduction, a screening of one of Raven Kaliana’s puppet films, followed by an audience discussion tailored to the needs of the group. The film presentation can also work for a panel discussion format for policymakers, or community awareness-raising events, or as a training event for charity staff or volunteers. Film presentations can either be delivered online or in person. 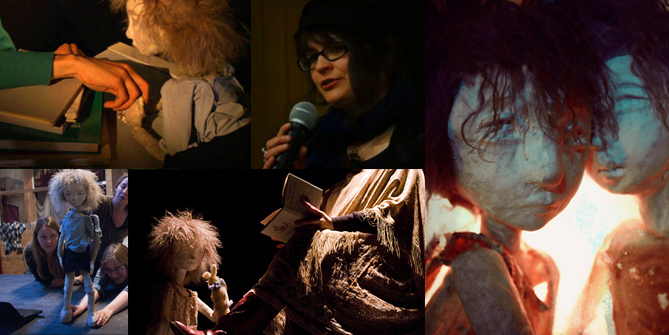 Hooray for Hollywood is an award-winning, puppet-based film shown from a child’s viewpoint on enduring and escaping human trafficking. Raven Kaliana has presented this autobiographical film at Amnesty UK, United Nations in Geneva, Commission on the Status of Women, London City Hall, Oxford University. She has presented Hooray for Hollywood during keynote speeches at conferences for policymakers, prosecutors, police, and NGOs; as well as puppet festivals in the UK, Denmark, France, Taiwan, Puerto Rico, Israel, and Kazakhstan. Raven has taught training events using the film for drama therapists, social workers, applied theatre, and play therapists at universities across the UK, as well as staff at charities and safeguarding teams. The film is suitable for ages 16 and up, is not explicit, but shows the level of coercion, distress, and entrapment experienced by the child. It ends on a note of hope, and demonstrates the positive outcomes possible when those with concerns about a child reach out. Discussion topics can include techniques for working with post-traumatic stress and dissociation; exploring dynamics of generational abuse; prevention and intervention; the use of puppetry in healing processes; the political realities of commercialised abuse; puppetry as a form of testimony for awareness-raising and social change. 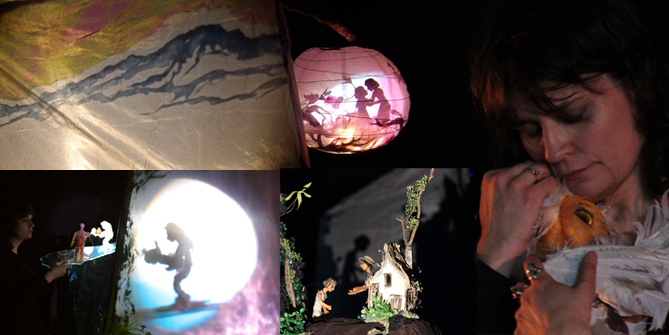 Raven Kaliana presents Love vs Trauma, a film combining colourful shadow theatre, a tender flying hand puppet, and miniature rod puppets in a poetic yet powerful tale for adults and teens. Innovative puppetry techniques combine with evocative music to investigate the impact of trauma on behaviour and perceptions of choice. A lost soul navigates the vivid landscape of memory. Her human self struggles to build a safe refuge for her soul’s return. This story of survival shows the realistic challenges of navigating friendship, community, and self-care. The live show toured to Greece, China, and Puerto Rico, along with venues in London, Brighton, and Birmingham, UK. Most people exhibit trauma symptoms to varying degrees, and developmental trauma – the impact of ongoing trauma on young people – can result in physiological changes which produce a sense of danger, and make it hard to envision the future. The post-show discussion on the personal and societal effects of trauma is facilitated by artist-activist Raven Kaliana. Handouts diagramming the process of trauma recovery will be provided, and Raven will speak from her own experiences of the transformation possible through healing, while empowering audience members to envision a better future for their own lives and for us all.